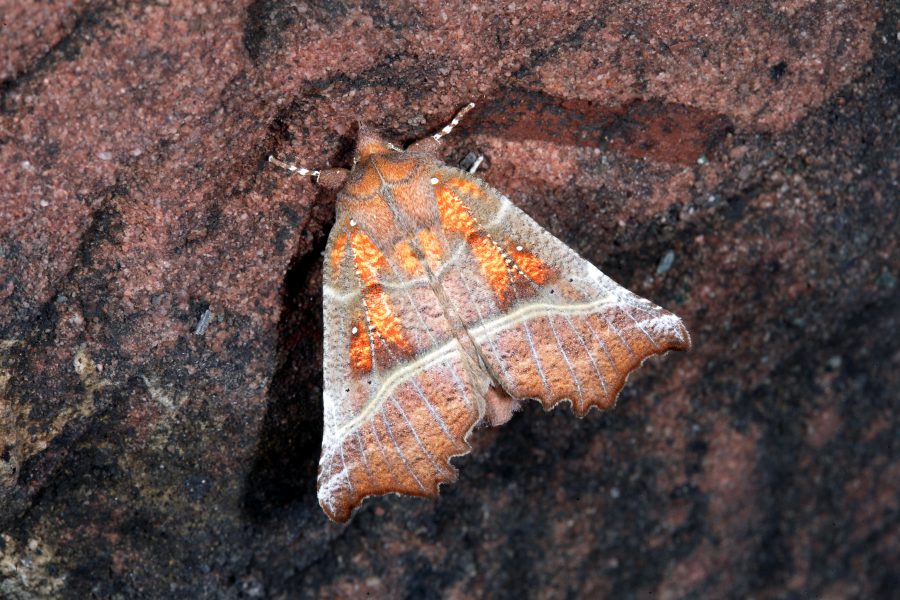 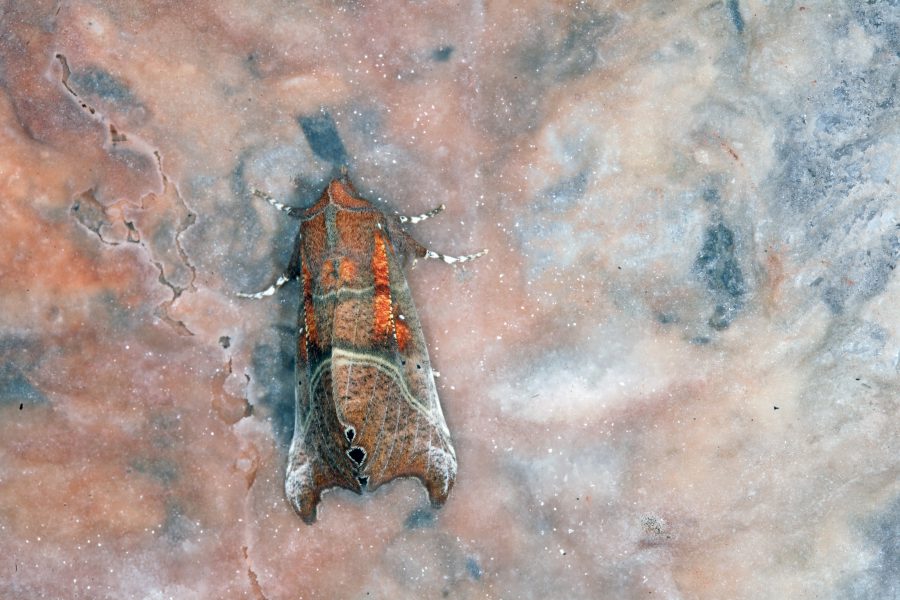 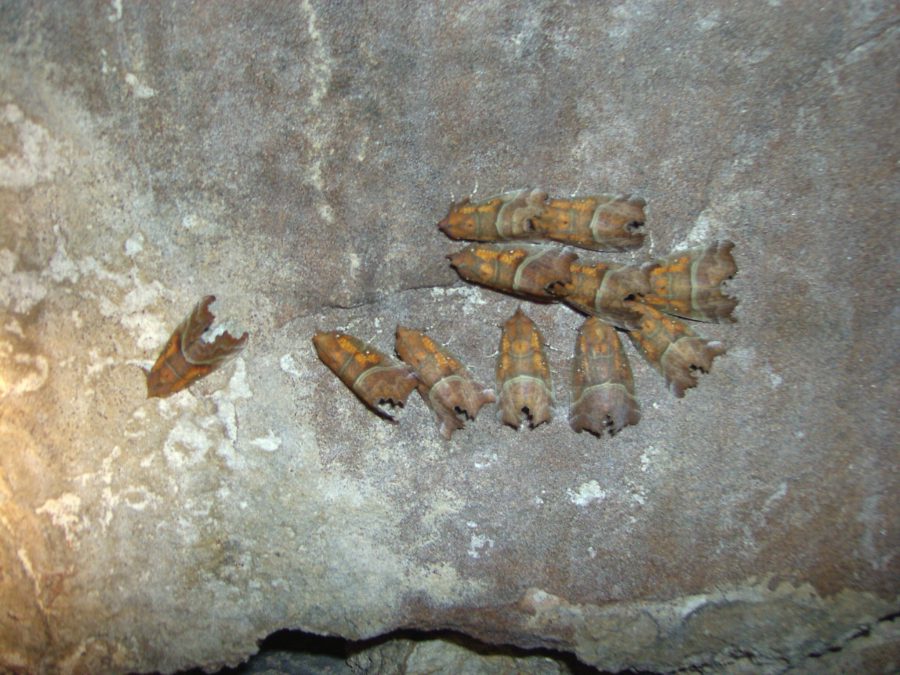 Overwintering community of the Herald Moth 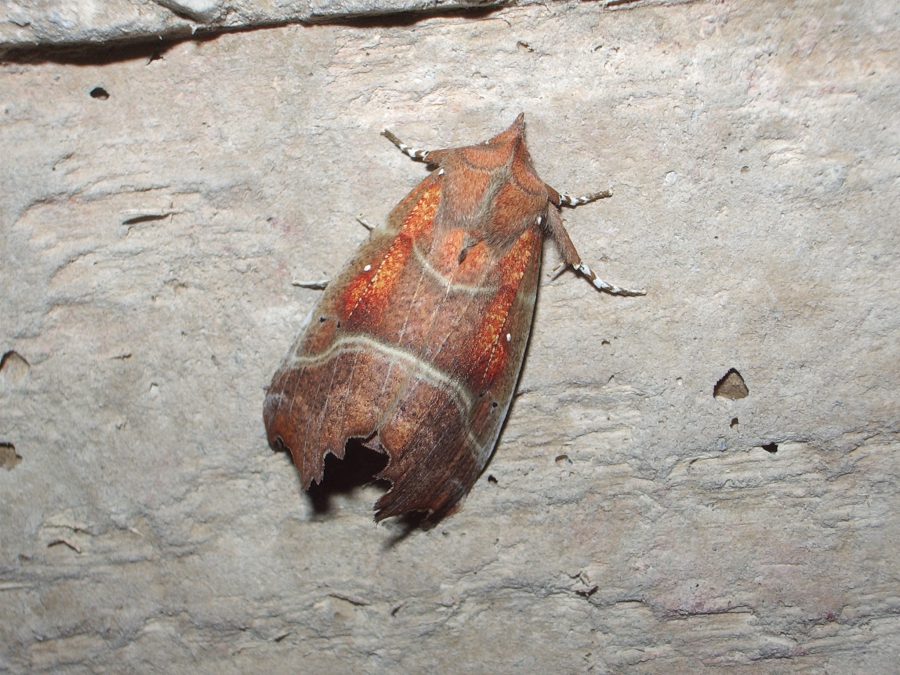 The Herald Moth - scientific name: Scoliopteryx libatrix - is also called just The Herald. It was first described for science by the famous Swedish naturalist Carl LINNAEUS in 1758. This moth regularly overwinters in natural caves, mine tunnels and rock cellars. For this reason, the Herald Moth has been chosen as the Cave Animal of the Year 2010. This moth represents a large number of species, which are depending on caves as sheltered and frost-free refuges. The Verband der deutschen Höhlen- und Karstforscher e.V. (German Speleological Society) has chosen the Cave Animal of the Year to point out the immense deficiencies in the research of subterranean ecosystems and their associated faunas.

The Herald Moth (Scoliopteryx libatrix) belongs to the family of the Owlet Moths (Noctuidae). It's wing span may reach up to 45 millimetres. The common name is derived from the form and pattern of its forewings - gray-brown with yellow-orange markings and two paler transversal lines, resembling a medieval coat of arms. Depending on climatic conditions, the Herald Moth has either one or two generations from end of July to September, and after overwintering, extending into spring. The green caterpillars feed on the leaves of willow and poplar. The adults of the second generation overwinter in frost-free hide-outs like natural caves and other subterranean cavities. The first animals are encountered there as early as August. They are sitting in the open on the cave walls and ceilings, with the two forewings roof-like held together and folded over the hindwings.

The Herald Moth occurs in all of Europa, Asia, Northern Africa and Northern America, where it spends the cold season in natural caves and other subterranean cavities.